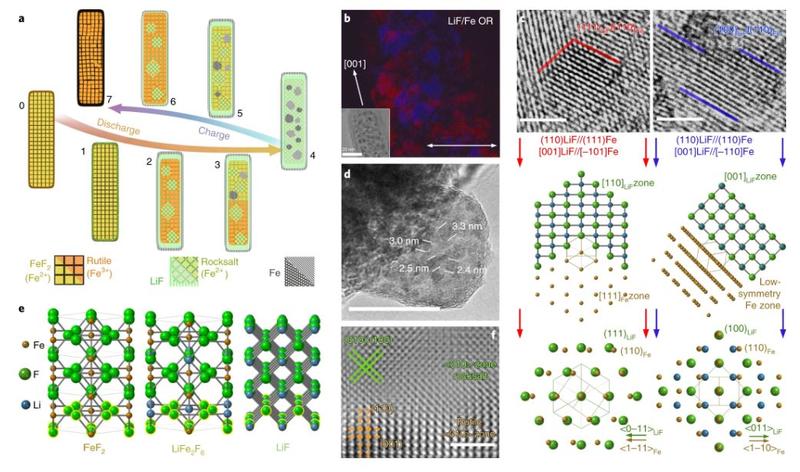 Researchers in Professor Nicole Grobert's and Professor Mauro Pasta's groups present a new system for mechanistic study, as set out in this paper published in Nature Materials.

The reversibility of the conversion reaction was governed by topotactic cation diffusion through an invariant lattice of fluoride anions and the nucleation of metallic particles on semicoherent interfaces.