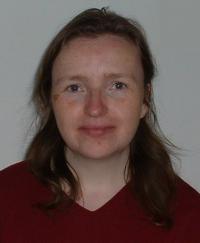 Prof Hazel Assender completed her PhD in 1994 and moved to Oxford on appointment to a lectureship in the department in 1996.  She is an APNTF with a fellowship at Linacre College. She took her first maternity leave in 2001, for 6 months, and returned to work part time (50%FTE) for 15 months before returning to full-time.  A second period of maternity leave (7 months) followed in 2004 before she returned to work part time (80%FTE) and has continued these part time hours since.  Her husband is a Patent Attorney, working part time.  While the children were at primary school, the part time hours allowed school drop-off and pickups three days per week.  Flexible working hours mean that she can work longer hours during school terms, with more time available to spend with the children in the school holidays, as well as enabling her to able to attend school events etc.  As well responsibilities for her two children, she is now, in a small way, taking on more support for elderly parents, and this may increase over the coming years.

Prof James Marrow holds the James Martin Chair in Energy Materials.  He is father of children aged 16 & 13.  As a parent, he makes use of the department's flexible working culture, starting at 9:30 most mornings for school runs.  He makes use of remote working (using tools such as dropbox) to regularly work from home to share the family load, and when his children were younger found it very useful to be able to access Eduroam from the school playground.

Prof Peter Nellist completed his PhD in 1995. He arrived in Oxford as a University Lecturer in 2006, becoming Professor of Materials in 2010, and is the Tutorial Fellow in Materials at Corpus Christi College. He has two children aged 5 and 8, and his wife works 80% FTE. He makes use of flexible working hours to do the school drop on 3 days a week, with departmental teaching being scheduled to avoid these hours. The flexibility also enables him to do the occasional school pickup, and to attend children-related events and meetings. 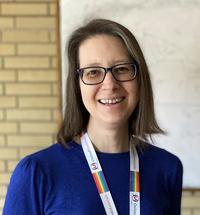 Professor Susie Speller completed her DPhil in the Oxford Materials Department in 2004.  She held  a Royal Academy of Engineering (RAE) Fellowship between 2005 and 2014, and is now an Associate Professor in Materials and a Fellow of St. Catherine’s College.  During her early postdoctoral research she took 2 periods of maternity leave in 2004 and 2006, and worked on a part-time basis for the majority of her Fellowship.  With the support of the RAE and Materials Department, she was able to gradually ramp up her part-time hours from 50% to 100% to suit changing family responsibilities as her children got older. Her husband works full time as a Learning Consultant in primary schools, usually working from home during school holidays.  Susie continues to take advantage of informal flexible working arrangements, enabling her to collect her children from school several days per week and working remotely from home.

Prof Sergio Lozano-Perez completed his DPhil in 2002 in the Department of Materials (Oxford University) where he still works. He was appointed Professor of Materials in 2015 and is also the George Kelley Fellow in St Edmund’s Hall.  He used an extended paternity leave when his son was born and benefits from flexible working hours by having a late start in the morning (9:30-10am) and working until later in the afternoon (6-6:30pm). He successfully requested his teaching to start after 9:30am, which allows him to take care of his son in the mornings. Flexible working hours also allow him to modify his working hours when needed (e.g. to drop or pick-up his son from school). 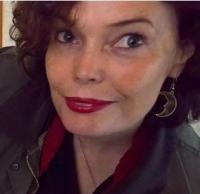 In my role as EA to the Head of Department, and as the Communications and Alumni Officer, I come into contact with a lot of people, both face-to-face and via social media and internal/external communications, so I leapt at the chance to attend a Stonewall ‘Allies’ training session during February 2017 to help me understand the many issues facing our LGBT+ friends and colleagues on a daily basis, to help me improve how I personally interact with people - and to a greater extent the language employed for departmental communications - all with the aim of helping everyone enjoy equality in the Materials environment.

Coming from a fast-paced, high-pressure commercial background, I have a long and strong history of equalities training, but unfortunately in the past I have also had to deal with cases of prejudice and bullying in its many forms. Since joining the Department of Materials in 2012 I have been delighted to witness how welcoming Materials is to everyone without exception, and how it constantly strives to identify areas of inequality, and seeks to redress the balance.

During my youth there were few LGBT+ role models around. I certainly never met any in my school when section 28 was in force. I assumed that it was not ok to be transgender and as a result my mental health suffered, resulting in severe depression and suicidal thoughts that continued until I transitioned. When I finally came out as transgender I was met with absolute acceptance. As a trans-woman I secured a position with the Department of Materials and became the vice-chair of the University’s LGBT+ Advisory Group. I was also a member of the Out in Oxford project, the legacy of which we are working to continue. Once living my life authentically my mental health improved significantly showing that it really can get better.

Outside of work I was featured in Stonewall poster campaign and I work with Oxfordshire as part of a LGBT+ anti-bullying committee visiting schools to give talks and help set up safe groups. This goes to show the importance of role models – be it in the work place, in schools, universities or the community at large. It is easy to say that these places accept people for who they are but it is vital to actually see that this is true. I also run a group for young LGBT+ people, TOPAZ, and a support group for parents of LGBT+ children alongside this, TOPAZ Parents. I am also currently a member of the Oxford Pride Committee. For this work, I won a Points of Light Award from the Prime Minister and as a result was profiled by the University. I am a trained mentor and would be happy to mentor LGBT+ members of staff or students within the University.  Contact email: clara.barker@materials.ox.ac.uk