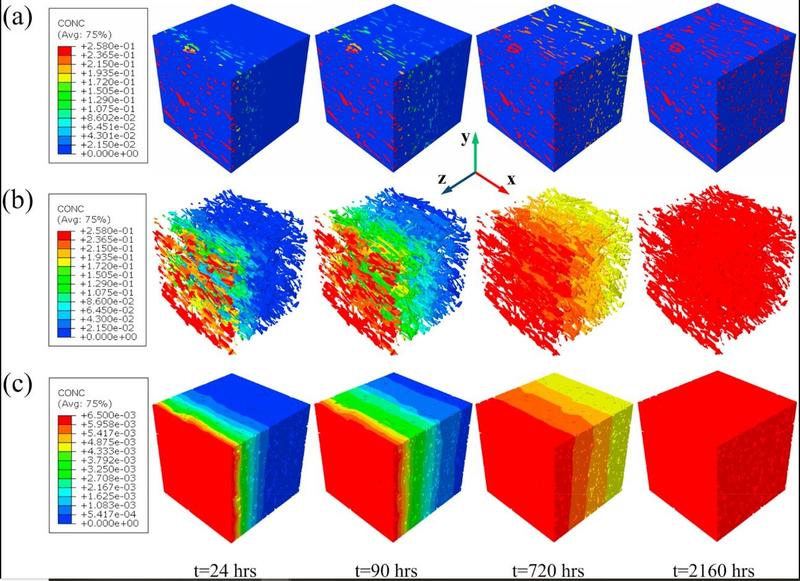 Professor James Marrow, with collaborators based in Shandong University of Technology, Triangle Tyre Company and Tongi University considered the durability of the plant fibre/PLA composites used in aerospace and car manufacturing, which are susceptible to environmental factors such as temperature and humidity.

Anisotropy in the multi-scale microstructure and the distribution of plant fibres in composites can result in significant directionality in their water absorption behaviour.  A respresentative 3D model was created in order to fully understand this.

To achieve this, the volumne fraction, dimension and orientation distribution of jute fibres in the composite were acquired by segmentation of X-ray computed tomographs.  Surface meshes of the jute fibre and PLA matrix were imported into Abaqus Finite Element softward to establish the 3D model.

The resutls were in good agreement with experimental measurements.

Read the paper in full by visiting Volume 199 of Composites Science and Technology.