Researchers from Department of Materials University of Oxford, Rolls-Royce plc, National Physical Laboratory, University of Leicester and University of Birmingham conducted a mesoscale study of a single crystal nickel-base superalloy subjected to an industrially relevant process simulation.  This has revealed the complex interplay between microstructural development and the micromechanical behaviour.

The sample gauge volumes were smaller than the length scale of the highly cored structure of the parent material from which they were produced, and these subtle composition differences gave rise to differing work hardening rates, which were influenced by varying factors.  It was observed that Orowan looping is the mechanism that mediated plasticity.

Examination of the residual elastic stresses indicated that the butterfly precipitate morphology had significantly enhanced the deformation heterogeneity, resulting in stress states within the channels that favour slip, and that encourage further growth of precipitate protusions.

The combination of such localised plasticity and residual stresses are considered to be critical in the formation of the recystallisation defect in subsequent post-casting homogenisation heat treatments.

The full paper is available to read in Acta Materialia. 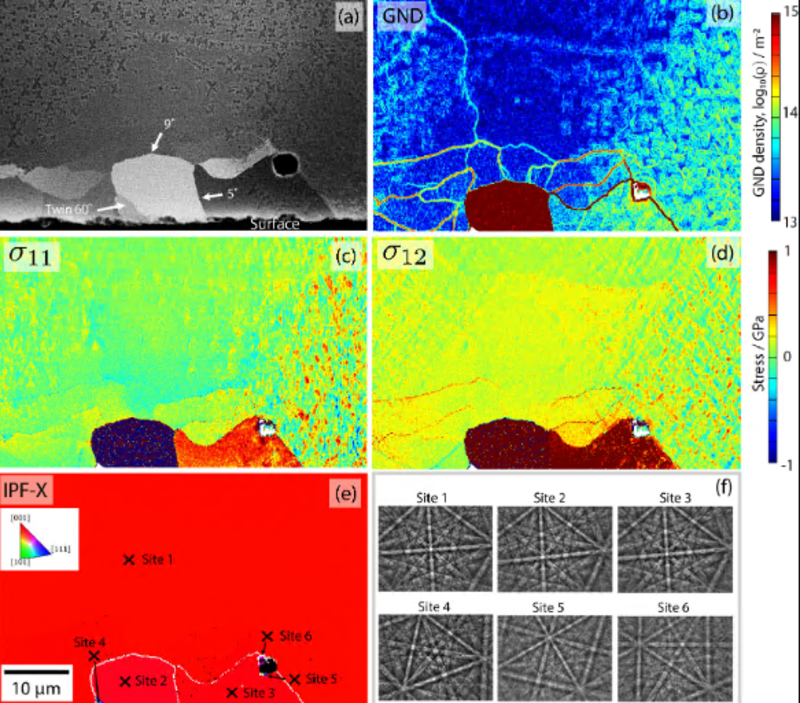