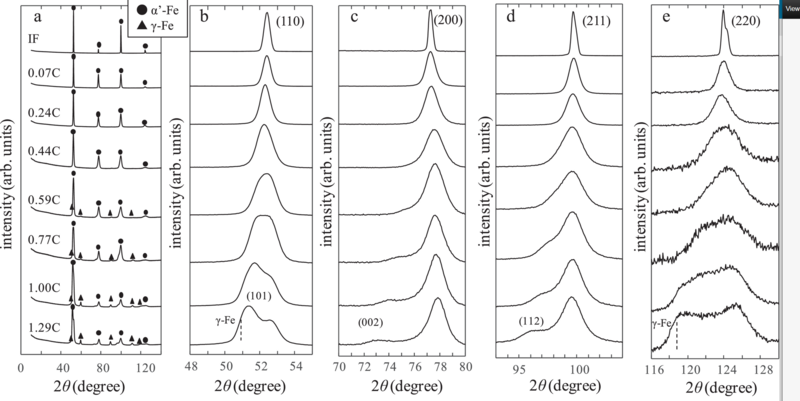 They found that the local tetragonality varied within the complex microstructure by several per cent at the most, and that the scatter in the axial ratio was increased at higher nominal carbon content.

It was found that the local crystal structure could be regarded as lower symmetry than simple body centred tetragonal at some of the analysis points, and that there was a linear relation between the nominal carbon content and averaged local tetragonality measured by EBSD.  It was noted in their paper, published in Acta Materialia, that the averaged axial ratio is slightly below that obtained from more classical X-ray diffraction measurements.