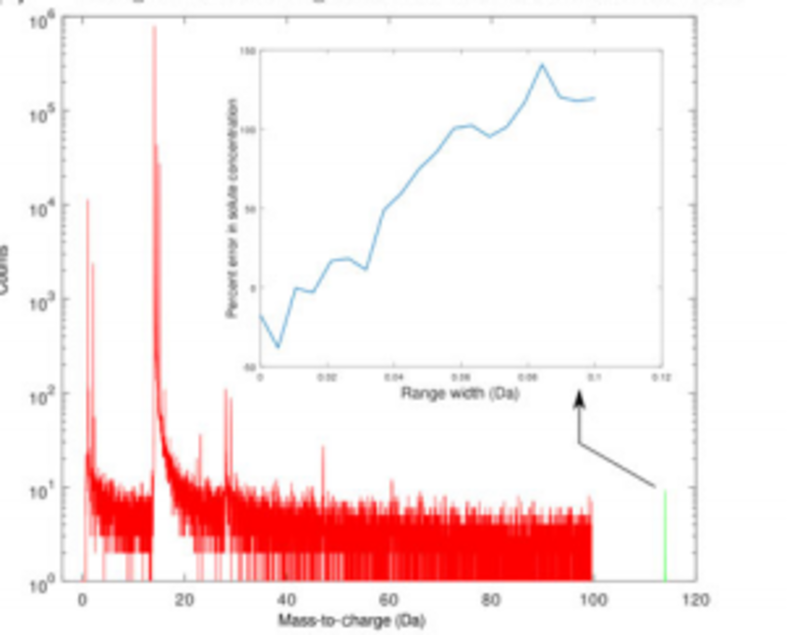 Researchers in the department's Oxford Atom Probe group have developed a method to estimate background noise in atom probe tomography (APT) mass spectra and to use this information to enhance both background correction and quantification.

The approach used is mathematically general in form for any detector exhibiting Poisson noise with a fixed data acquisition time window, at voltages varying through the experiment.  The paper, published in Microscopy and Microanalysis, shows that this accurately estimates the background observed in real experiments.  The method requires, as a minium, the z-coordinate and mass-to-charge-state data as input, and can be applied retrospectively.

Further improvements were obtained with additional information such as acquisition voltage.  This method allows for improved estimation of variance in the background, and more robust quantification, with quantified count limits at parts-per-million concentrations.

The paper describes how the researchers demonstrated its application by a simple peak detection implementation, which quantitatively suppressed false positives arising from random noise sources.  They also quantified the detectability of 121-Sb in a standardised-doped Si microtip atomic fraction, and conclude that this method is applicable to all modes of APT data acquisition and is highly general in nature, which ultimately allows for improvements in analysing low ionic count species in datasets.