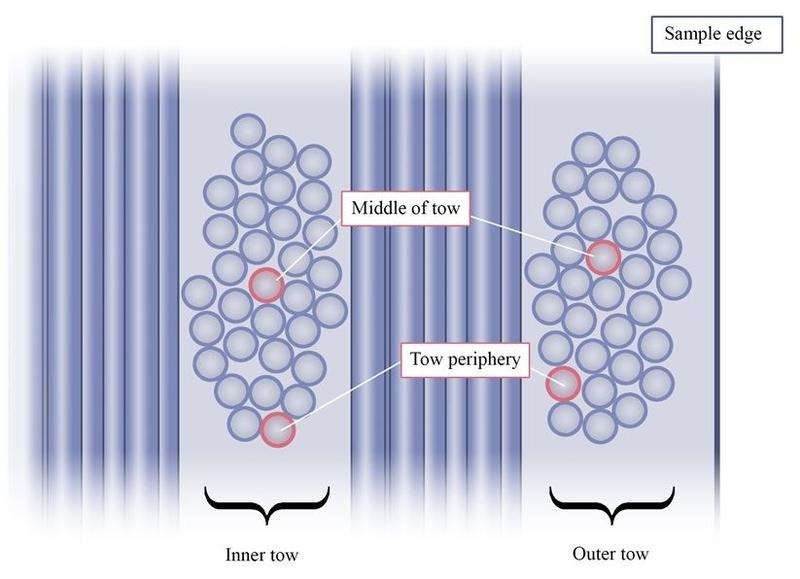 The investigation of several parameters during fibre push-out miromechanical tests on the interfacial shear strength (ISS) of the BN interphase in SiCf/SiC ceramic matrix composites (CMC) was undertaken to optimise experimental work completed in the Oxford Micromechanics Group.  The article was published in the Journal of the Americal Ceramic Society.

The SiCf/SiC composites - candidate materials for jet engine components - were manufactured with varying fibre types and interlayer thicknesses.  Experimental parameters explored included analysing the effect of sample thicknesses on the success rate of micromechanical tests, the effect of fibre local environment whether at tow-level (intra-tow variability in ISS) or CMC architecture-level (inter-tow variability), the effect of nanoindenter flat-punch tip size and the effect of the interphas thickness itself.  Over 1000 fibre push-outs were performed and analysed in this work - with data presented as cumulative distribution functions to compare and contrast samples.

It was found that the ISS measured was strongly and statistically influenced by the underlying fibre roughness (interphase adherence), as well as its local fibre environment (eg number of nearest neighbours) only if the thickness of the interphase itself surpassed a threshold of 200 nm.

Finally, for thinner interphases, limited value was added to the CMC as the ISS measured were high and there was no effect from any local environment.