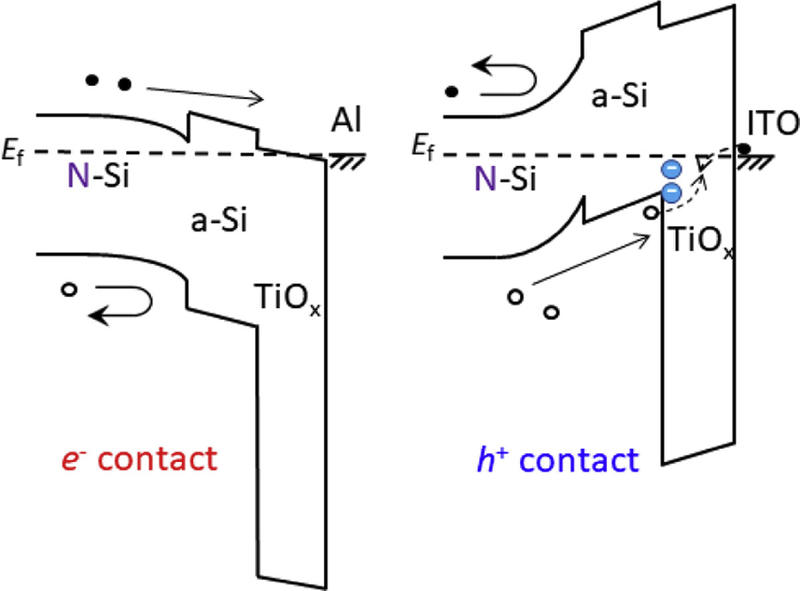 This paper reveals how TiOx layers can be widely tunable from electron to hold selective depending on deposition conditions, post-deposition treatments and work function of the metal electrode used.

The experiements using TiOx demonstrated that carrier selectivity is correlated with the amount of c-Si band bending induced by TiOx, which are governed by the effective work function difference at the Si/TiOx interface and also by the negative fixed charge present in the TiOx layer.

This new finding highlights the influence of induced band bending to produce carrier depletion/inversion conditions, and the importance of its selectivity effect in a c-Si absorber.