Intercalation reactions are the fundamental process of ion insertion in layered battery cathodes such as graphite or LiCoO2. However, the insertion and de-insertion of ions in solids is not limited to only layered structures or even only monovalent ions such as Li+ and Na+. Multivalent ions such as Mg2+ and Ca2+ can also pass in and out of host structures inviting the possibility of novel energy storage devices beyond conventional Li-ion. Multivalent-ion batteries are advantageous as each ion can transfer twide the charge (or more) as Li-ions, potentially leading to devices with high energy density. However, there remains only a limited number of known cathode materials for these batteries.

This DPhil project will explore the landscape of multivalent insertion reactions in cathodes. Initially, known compounds will be studied as model systems to better understand the structural and chemical factors which promote and inhibit fast ion diffusion. Material characterisation will involve a range of tools including diffraction and spectroscopy. Later, new multivalent cathode compounds will be targeted, synthesised and examined in multivalent ion batteries with the aim to broaden the field of known materials.

Any questions concerning the project can be addressed to Dr Robert House (robert.house@materials.ox.ac.uk). 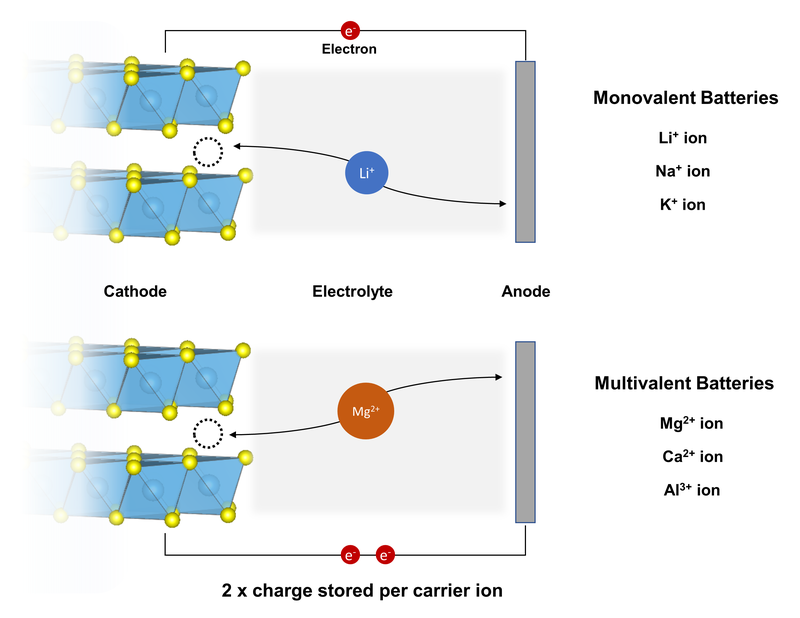