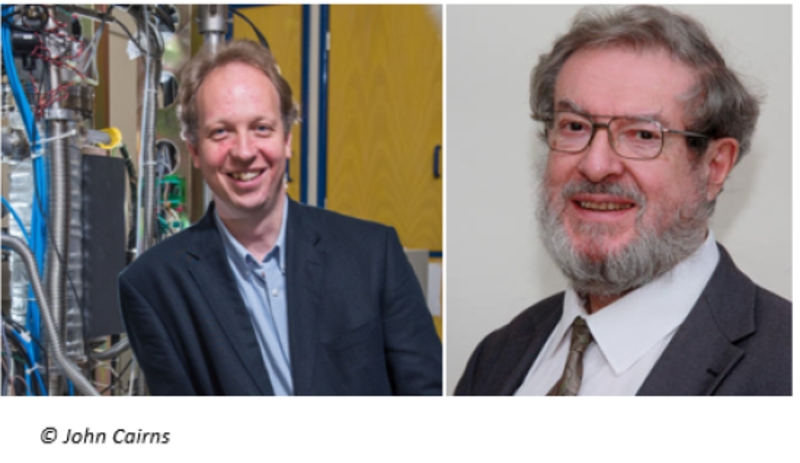 Many congratulations to both Professor Pete Nellist and Emeritus Professor George Smith, who have each been awarded an Honorary Fellowship of the Royal Microscopical Society (RMS).

This is the most prestigious award possible from the RMS for researchers around the globe, and is bestowed by the Society for pre-eminence in microscopy and related branches of science.

Pete's award has been made in recognition of his work pioneering new techniques for atomic-resolution microscopy, focusing on scanning transmission electron microscopy and its application across a range of functional and structural materials.  Pete also excels at the practical implementation of electron ptychography which allows light elements to be detected while reducing beam-induced damage, and to the theory underlying quantitative image interpretation.  The award also acknowledges Pete's fundamental contributions to the development of correctors for the inherent aberrations of electron lenses and their use for the three-dimensional imaging of materials.

George's award recognises how his research over the past half century has progressed microscopy, metallurgy and materials science to the highly developed understanding we have today, particularly in microstructural characterisation at the atomic scale.  George is known throughout the world for his work in atom probe analysis.

This year only four awards were made, with Pete and George holding two of them.  RMS is planning to make a personal presentation during 2021.