The so-called high-entropy alloys (HEAs) are a novel class of alloys developed in the early 2000s which do not contain a single major constituent metallic element.  Although the early hypothesis that high configuration entropy might act to stabilise a single phase in such systems has generally been rejected, research has stimulated activity that has revealed a rich seam of novel highly alloyed metallic that possess outstanding mechanical performance.

Of particular interest for nuclear applications are a series of low activation refractory alloys which we have shown to exhibit remarkably little hardening due to irradiation.  This project will continue development of these alloys and their heat treatment schedules using small arc melted billets.  Processing-microstructure relationships will be explored using a variety of modern methods including XRD, SEM, EDX, EBSD, TKD as appropriate.  Mechanical properties will be assessed with nanoindentation, micro- and macro- scale mechanical testing including at elevated temperatures. 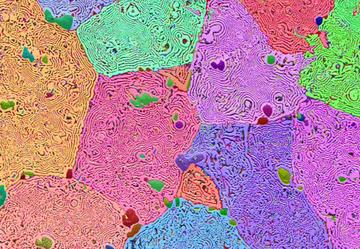