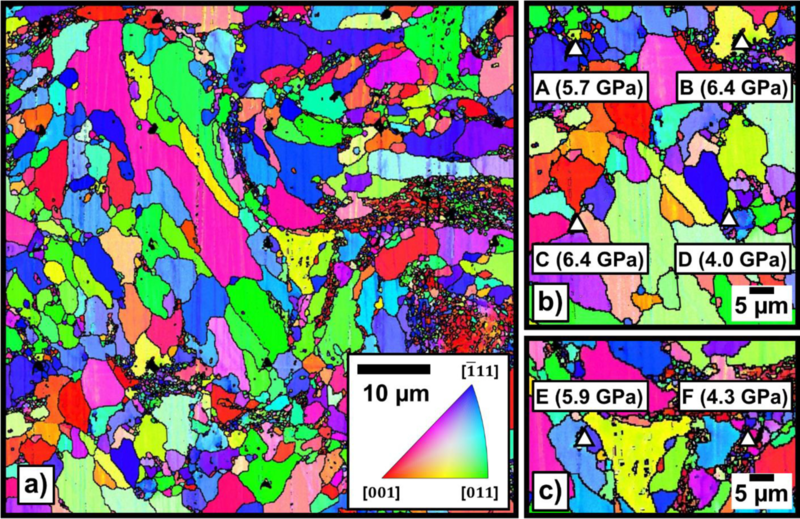 The local Y-Ti-O distribution did not correlate strongly with the nanohardness, indicating that the dominant hardening mechanisms were at best only weakly related to the Y-Ti-O distribution.  Instead, scanning TEM and APT confirmed that the dominant hardening mechanism was due to the grain boundary refinement, and was further enhanced by tungsten enrichment to ~3.5 at.% at grain boundaries.

You can read the full paper in volume 167 of Materials Characterization.