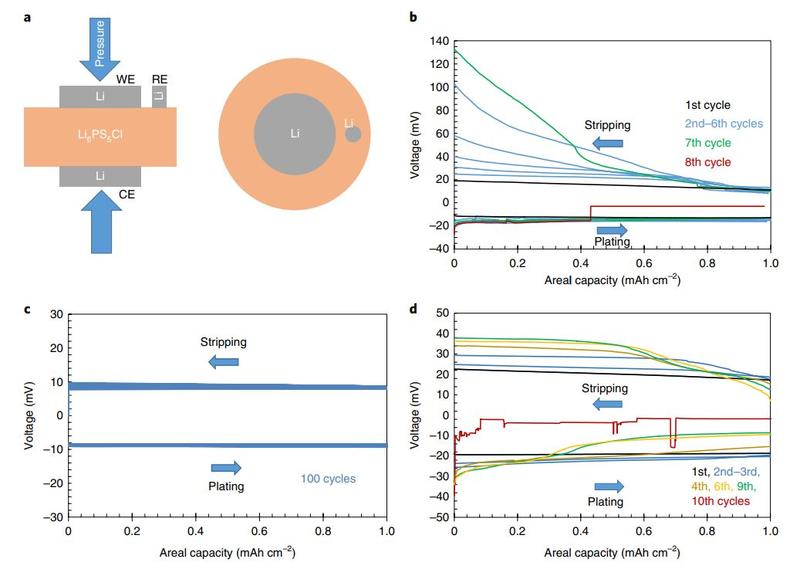 Research by the Peter Bruce Group and collaborators at the Oxford Materials Department, as reported in Nature Materials describes that a critical current density on stripping is identified, leading to dendrite formation on plating and cell failure. When the stripping current density removes Li from the interface faster than it can be replenished, voids form in the Li at the interface and accumulate on cycling, increasing the local current density at the interface and ultimately leading to dendrite formation on plating, short circuit and cell death. This occurs even when the overall current density is considerably below the threshold for dendrite formation on plating. For the Li/Li6PS5Cl/Li cell, this is 0.2 and 1.0 mA cm−2 at 3 and 7 MPa pressure, respectively, compared with a critical current for plating of 2.0 mA cm−2 at both 3 and 7 MPa. The pressure dependence on stripping indicates that creep rather than Li diffusion is the dominant mechanism transporting Li to the interface. The critical stripping current is a major factor limiting the power density of Li anode solid-state cells. Considerable pressure may be required to achieve even modest power densities in solid-state cells.