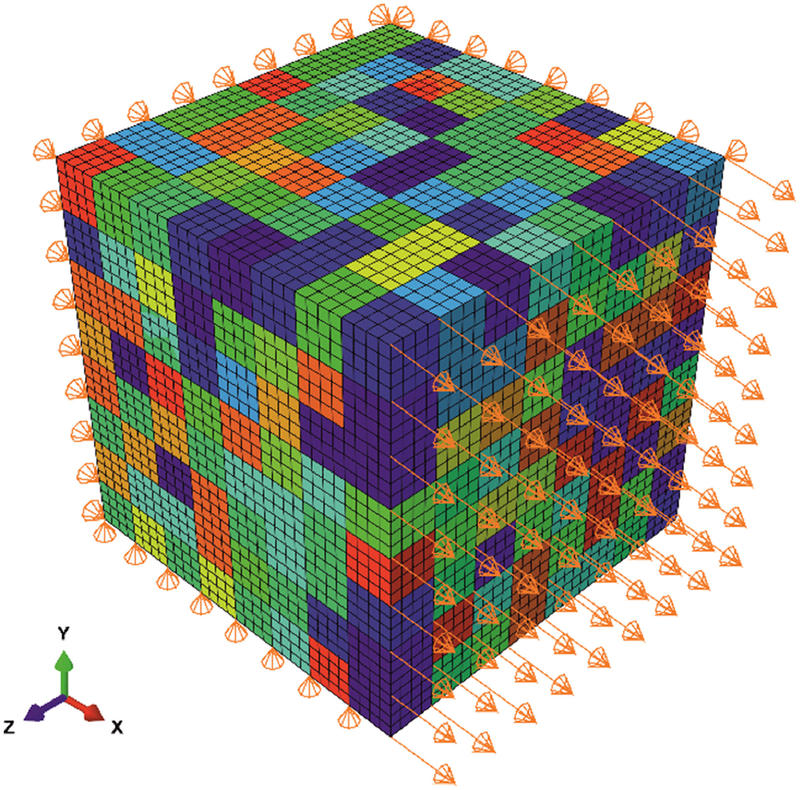 A team of researchers at Oxford, Safran SA and Birmingham considered the issue of titanium alloy creep and quantifying time dependent plasticity process within soft grains at ambient temperature in the context of a fatigue cycle.

In this paper, published in Acta Materialia, the team explain how synchrotron X-ray diffraction during stress relaxation experiments was performed to characterise the time dependent plastic behaviour of commercially pure titanium.

Lattice strains were measured by tracking the diffraction peak shifts from multiple plane families as a function of their orientation with respect to the loading direction.  The critical resolved shear stress, activation energy and activation volume were established for both prismatic and basal slip modes by fitting a crystal plasticity finite element model to the lattic strain relaxation responses measured along the loading axis for three strong reflections.

The team observed that prismatic slip was the easier mode, having both a lower critical resolved shear stress and activation energy.