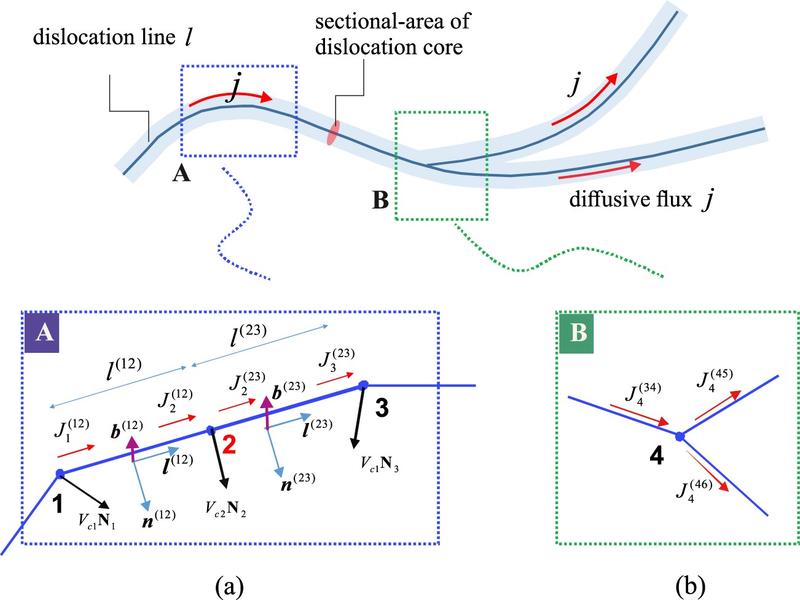 Dr Fengxian Liu, Professor Alan Cocks and Professor Edmund Tarleton have worked with Dr Gill of the University of Leicester to develop their model for self-climb (atoms using diffusion paths due to dislocation), by employing a new finite element discretisation method.

The speed-up in computation enables them to use the self-climb model as an effective numerical technique to simulate emergent dislocation behaviour involving both self-climb and glide.  The formation of prismatic loops from the break-up of different types of edge dislocation dipoles were investigated based on this new method.

Their paper 'An improved method to model dislocation self-climb' is published by Modelling and Simulation in Materials Science and Engineering, and demonstrates that edge dipoles sequentially pinch-off prismatic loops, rather than spontaneously break into a string of loops, to rapidly decrease the total dislocation energy.