Prof Benjamin's group (qtechtheory.org) has an ongoing theory project which uses a combination of analytic techniques together with conventional supercomputers to predict the behaviour of 1st generation quantum computers including their limitations and flaws. The aim is to find applications for these powerful but imperfect systems. While there is no specific earmarked studentship for this topic, Simon welcomes applications and he will explore funding options with successful applicant(s).

Many research groups around the world are getting close to realizing the first generation of a profoundly powerful new class of technology: quantum computers. Building such a machine means learning to control qubits (quantum bits). Different approaches are being tried: qubits may be individual atoms, or nanostructures in diamond, or superconducting loops. But all have one thing in common: the control we can achieve is far lower than the control we have over bits in conventional computers. The first generation of quantum computers will therefore be imperfect, by comparison to our reliable conventional technologies, but they will still have the potentially to be vastly more powerful. Very recently, Google have announced a quantum device with 53 qubits whose behaviour is at, or beyond the limit of conventional computers to predict. Therefore there is great interest in finding the potential useful applications of such systems.

This theory project will use both analytic techniques and conventional supercomputers to understand the behaviour of 1st generation quantum computers including their limitations and flaws. A current focus is to identify applications, such as novel materials and chemistry discovery, which may be able to run successfully on a near-term quantum computer despite its imperfections. This is a timely topic: If we are to make use of the computers that emerge in the next few years (such as Google’s “quantum supremacy” device) we need to map the detailed architectures and error models to the desired application through error mitigation protocols. This project therefore falls within the EPSRC quantum technologies research area.

Resources available to the project include the Oxford ARC (Advanced Research Computing) facility and specifically the ~£1M cluster of compute and GPU nodes that have been acquired as part of the NQIT hub and will be acquired as part of the new Hub in Quantum Computing and Simulation. Primary support will come from Prof. Simon Benjamin (Oxford) and the host group includes 10 individuals working in related areas including postdoc Dr Balint Koczor at Oxford. 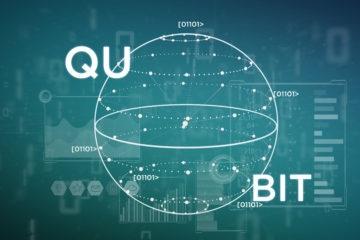